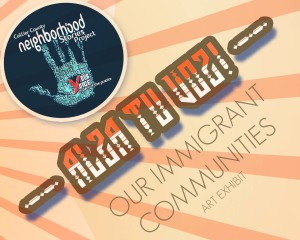 Time is running out! Submit your art pieces by Oct 1st.

Biting the Hand That Fed You

The Naples Daily News recently ran an article in support of Collier County Sheriff Kevin Rambosk’s policy to voluntarily assist the federal government in deporting local undocumented workers.  As a result, a larger number of these workers are being deported at an increased rate.

It appears that the writing of this article was outsourced, since it was light on substance, was misleading, served only to aggrandize the sheriff and was delusional in concluding that his policy was a model for the rest of the country.

The article did not make references to the victims, who’s human rights are apparently being violated by the sheriff, or consequences such as the distrust of local law enforcement, resulting in less crime being reported.  The article leaves out the decades of contribution of immigrants to Collier County and the suffering that is occurring as a result of recent persecution by the sheriff.

Collier County agriculture was built on the back of these immigrants for more than half a century.  County and State officials have looked the other way as they were profiting from their labor until recent free trade agreements led to the demise of many local farmers and their workers.

In the past, government officials did not seem to mind the farm workers living in squalor and unsanitary conditions, in trailers where women, children and men lived by the dozen, sleeping on the floor, sharing one kitchen, one bathroom, no air-conditioning or heat, but plenty of cockroaches and rats, while tax revenues from local farmers were coming in.

If we can conceive that the subjugation of the farm workers occurred as a result of greed, we can also conceive that today’s persecution is to cleanse and clear the evidence of subjugation in our past, so that the world would not see the truth now that the glimmers of Ave Maria are nearby.

Allowing the subjugation and exploitation of the undocumented for decades, and their persecution today, is not who we are as a society, but is what we have done.